The Boss
“Unions have been the only powerful and effective voice working people have ever had in the history of this country.”
—Bruce Springsteen, “The Boss.”

No Motivation “History has proven that management will not be motivated to do the right thing just because it’s right. Unions aren’t all perfect, but they have done more to bring about equal opportunities and break down class barriers than any other institution.” —Kareem Abdul-Jabbar, retired professional basketball player who played in the National Basketball Association (NBA) for 20 seasons. He is the NBA’s all-time leading scorer and a six-time NBA champion. 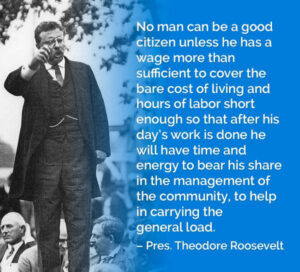 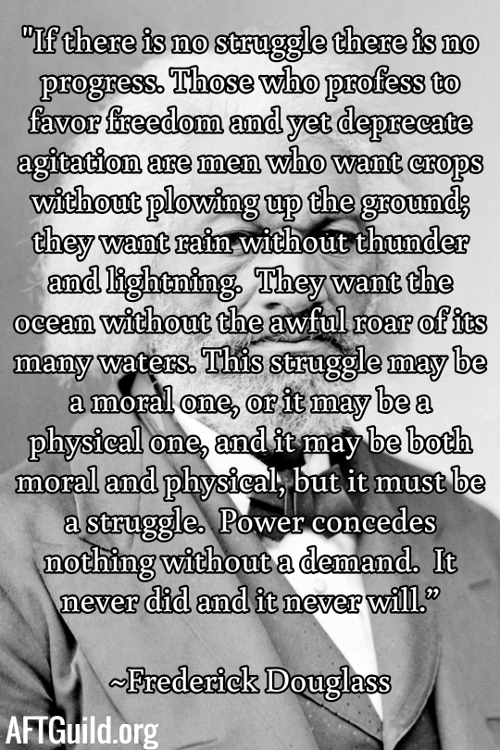 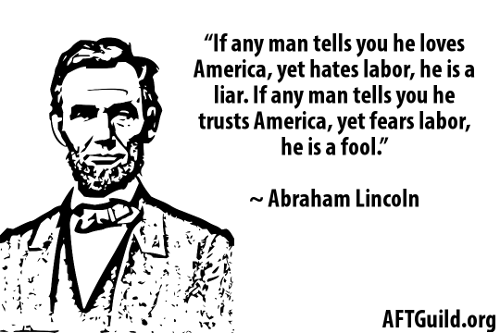 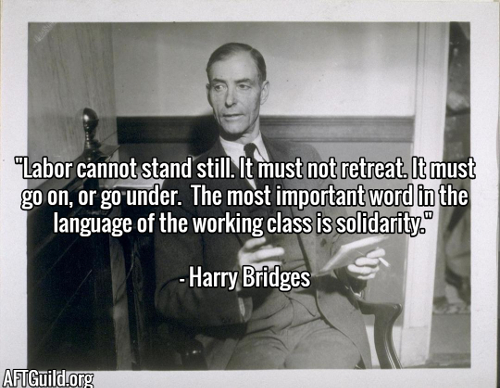 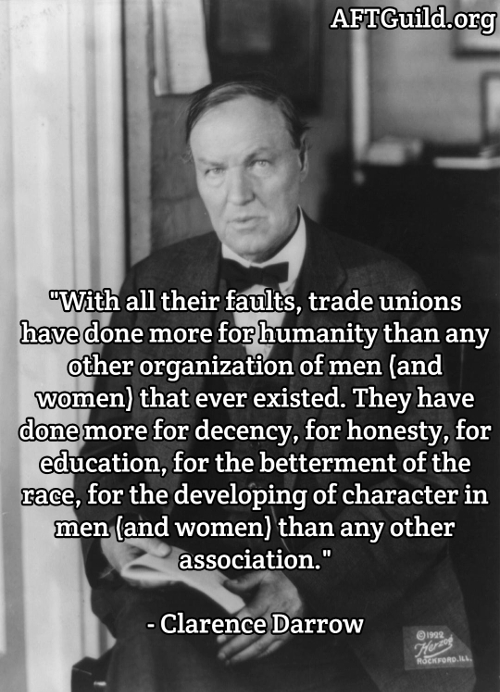 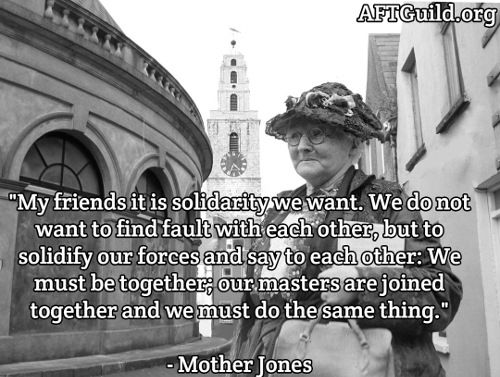 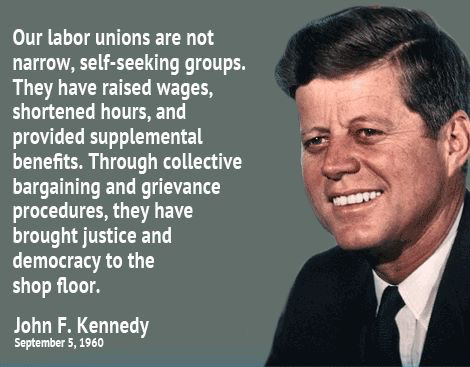 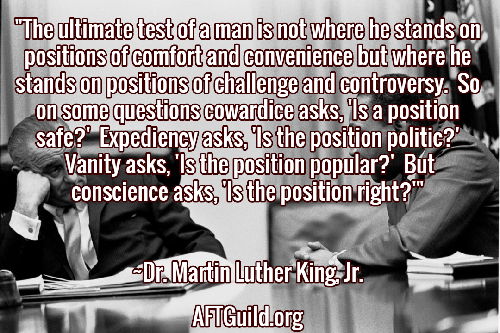 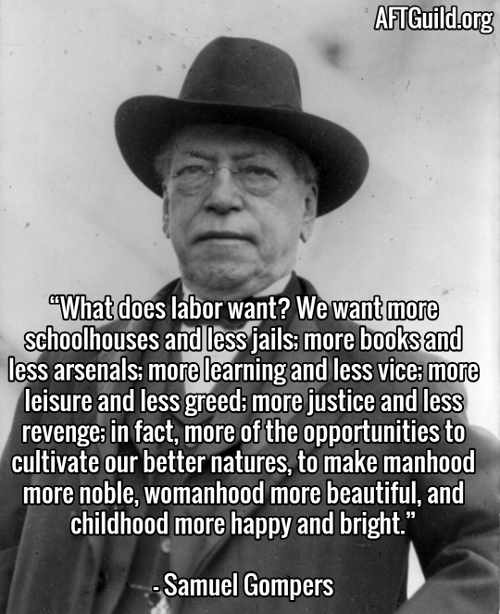 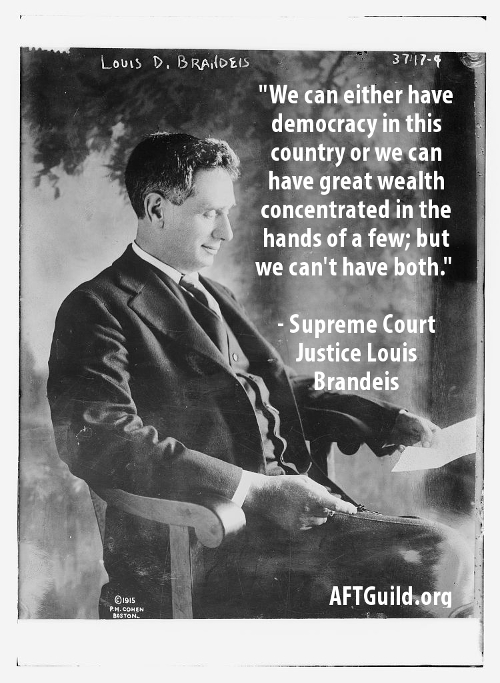 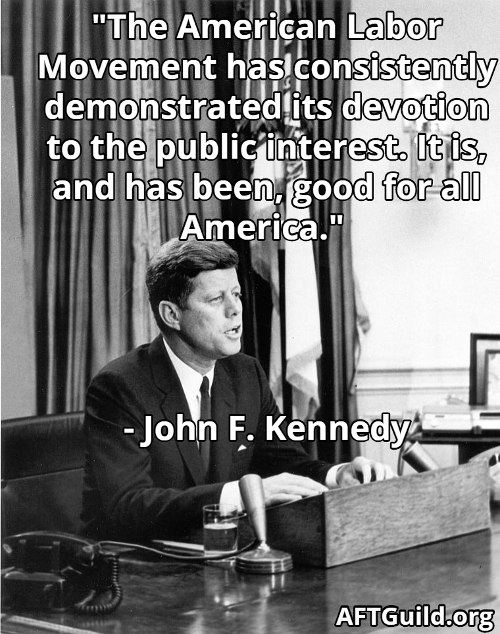 FOR AN ORGANIZATION OF INTELLECTUAL WORKERS

I consider it important, indeed urgently necessary, for intellectual workers to get together, both to protect their own economic status and also, generally speaking, to secure their influence in the political field.

On the first-mentioned, the economic side, the working class may serve us as a model: they have succeeded, at least to some extent, in protecting their economic interests. We can learn from them too how this problem can be solved by the method of organization. And also, we can learn from them what is our gravest danger, which we ourselves must seek to avoid: the weakening through inner dissensions, which, when things reach that point, make cooperation difficult and result in quarrels between the constituent groups.

But again, we can also learn from the workers that limitation to immediate economic aims, to the exclusion of all political goals and effective action, will not suffice either. In this respect, the working classes in this country have only begun their development. It is inevitable, considering the progressive centralization of production, that the economic and the political struggle should become more and more closely interwoven, the political factor continually growing in significance in the process. In the meantime, the intellectual worker, due to his lack of organization, is less well protected against arbitrariness and exploitation than a member of any other calling.

But intellectual workers should unite, not only in their own interest but also and no less importantly in the interest of society as a whole. For division among intellectuals has been partly to blame for the fact that the special parts and the experience which are the birthright of these groups have so seldom been made available for political aims. In their room, political ambition and desire for profit almost exclusively determine events, instead of professional knowledge and judgment based on objective thinking.

An organization of intellectual workers can have the greatest significance for society as a whole by influencing public opinion through publicity and education. Indeed it is its proper task to defend academic freedom, without which a healthy development of democracy is impossible.