Just a friendly reminder that the epic Working Peoples Day of Action is coming up this Saturday, February 24th from 3:30-5:00pm at the Convention Center Park East.  Please consider coming out to show your support for unions and workers’ rights in the face of the impending ruling by the U.S. Supreme Court which presents a grave threat to public sector unions.

Now more than ever before is time for us to show that we will continue to stand by our union and in solidarity with our fellow workers.  See below for more details on the significance of this event.

We hope to see you, your friends, and family members all there!

“The limits of tyrants are prescribed by the endurance of those whom they suppress.”
~Frederick Douglass 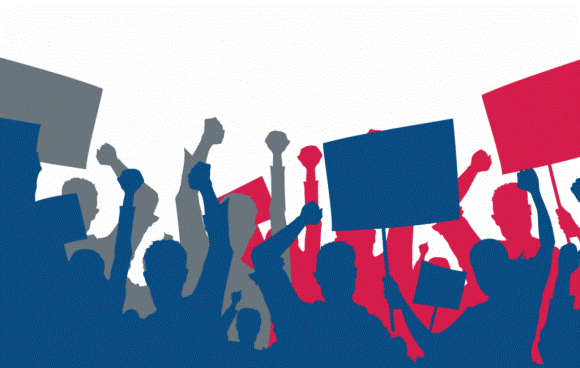 This coming Saturday, thousands of workers, along with their families, friends, and allies in the community, will gather in San Diego to stand up for the rights of working Americans in the face of the impending Janus vs AFSCME decision by the Supreme Court that aims further rig the system against us.  Against this assault, we will continue to insist on our right to form strong unions, raise our collective voice, and fight for equitable pay, affordable health care, civil rights, strong communities, and quality public education for all.

As public sector unions confront the threat of Janus, it is important to remember that fifty years ago Dr. Martin Luther King, Jr. went to Memphis to support striking city sanitation workers.  By the time of his assassination, King had come to see that it was impossible to fight for civil rights without including economic rights.  The battle for racial equality was inextricably linked to the fight for economic opportunity.

When dealing with the issue of poverty, King observed that, “We are called upon to help the discouraged beggars in life’s marketplace.  But one day we must come to see that an edifice which produces beggars needs restructuring.”  For Dr. King, this meant looking at the entire society and asking questions about “the economic system [and] the broader distribution of wealth.”   It meant thinking about “the restructuring of the whole of American society.”

Of course, King knew that the labor movement was the single most important force that working people had to contest economic injustice.  That’s why he went to Memphis and why he gave his life struggling for justice for the sanitation workers.

Unions are essentially working people standing together to form collective power in the workplace and in the political arena.  Historically, unions have been the only significant institutions representing the rights of working people in America.  Before unions, workers had virtually no rights in the workplace and for many years of our early history, non-property-owning men could not even vote.  Thus, the history of the union movement is the history of working Americans getting together to establish some basic economic and political rights and to have a voice in American society.

In an era of intensifying economic inequality, we forget this history at our peril.

As Doug Henwood notes in his review of Thomas Piketty’s seminal new study, Capital in the Twenty-First Century: “The core message of this enormous and enormously important book can be delivered in a few lines: Left to its own devices, wealth inevitably tends to concentrate in capitalist economies. There is no ‘natural’ mechanism inherent in the structure of such economies for inhibiting, much less reversing, that tendency. Only crises like war and depression, or political interventions like taxation (which, to the upper classes, would be a crisis), can do the trick. And Thomas Piketty has two centuries of data to prove his point.”

The only political mechanism American workers have ever had to address this is the labor movement and that is why most Americans should care about the fate of the labor movement, whether they are in a union or not.

So come on out this Saturday and stand with the American labor movement.  The new Robber Barons of the Trump era can only prevail if we let them divide us.  United, we can fight back and win a better future. 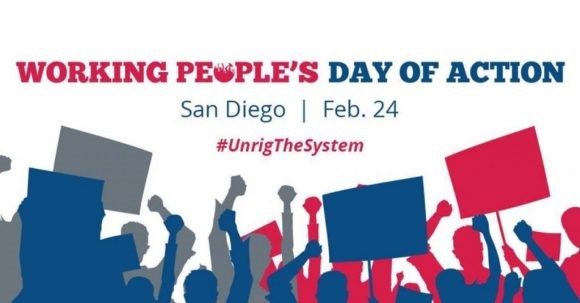