This Week in Labor History – February 19

A few weeks after workers ask for a 25¢ hourly wage, the Philadelphia Rapid Transit (streetcar) Co. fires 173 union members “for the good of the service” and brings in replacements from New York City. Striker-scab battles and a general strike ensued – 1910

(In this expanded edition of Strike! you can read about labor-management conflicts that have occurred over the past 140 years. Here

you’ll  learn much about workers’ struggle to win a degree of justice, from the workers’ point of view. Brecher also examines the ever-shifting roles and configurations of unions, from the Knights of Labor of the 1800s to the AFL-CIO of the 1990s.)

The U.S. Supreme Court decides in favor of sales clerk Leura Collins and her union, the Retail Clerks, in NLRB v. J. Weingarten Inc.—the case establishing that workers have a right to request the presence of their union steward if they believe they are to be disciplined for a workplace infraction – 1975
Int’l Union of Police Associations granted a charter by the AFL-CIO – 1979 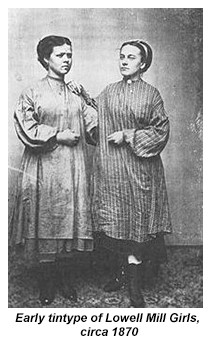 Responding to a 15 percent wage cut, women textile workers in Lowell, Mass., organize a “turn-out”—a strike—in protest. The action failed. Two years later they formed the Factory Girl’s Association in response to a rent hike in company boarding houses and the increase was rescinded. One worker’s diary recounts a “stirring speech” of resistance by a co-worker, 11-year-old Harriet Hanson Robinson – 1834

Thousands of women march to New York’s City Hall demanding relief from exorbitant wartime food prices. Inflation had wiped out any wage gains made by workers, leading to a high level of working class protest during World War I – 1917

(If your last serious read of American history was in high school—or even in a standard college course—you’ll want to read this amazing account of America as seen through the eyes of its working people, women and minorities. Howard Zinn (1922-2010) was a widely respected historian, author, playwright, and social activist. In A People’s History of the United States: 1492-Present, he turns history on its head with his carefully researched and dramatic recounting of America and its people—not just its bankers, industrialists, generals and politicians.) 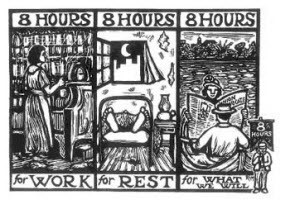 A state law was enacted in California providing the 8-hour day for most workers, but it was not effectively enforced – 1868 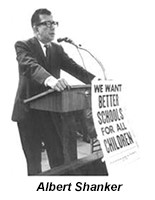 Representatives of the Knights of Labor and the United Mine Workers meet in St. Louis with 20 other organizations to plan the founding convention of the People’s Party. Objectives: end political corruption, spread the wealth, and combat the oppression of the rights of workers and farmers – 1892 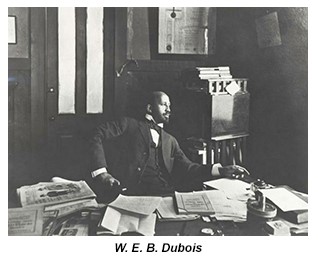 William Randolph Hearst’s San Francisco Examiner began publishing articles on the menace of Japanese laborers, leading to a resolution in the California legislature that action be taken against their immigration – 1904

Woody Guthrie wrote “This Land Is Your Land” following a frigid trip—partially by hitchhiking, partially by rail—from California to Manhattan. The Great Depression was still raging. Guthrie had heard Kate Smith’s recording of “God Bless America” and resolved to himself: “We can’t just bless America, we’ve got to change it” – 1940

(Woody Guthrie: A Life: Folksinger and political activist Woody Guthrie contributed much to the American labor movement, not the least of which are his classic anthems “Union Maid” and “This Land Is Your Land.” This is an easy-to-read, honest description of Guthrie’s life, from a childhood of poverty to an adulthood of music and organizing—and a life cut short by incurable disease. Guthrie’s life and work inspired millions while he lived and continues to do so through musicians such as his son Arlo, Bob Dylan, Pete Seeger, Billy Bragg and Bruce Springsteen, to name just a few. Guthrie is portrayed as he was—an imperfect being but one with a gift that helped millions as they struggled toward better lives.)

U.S. Supreme Court upholds Oregon state restrictions on the working hours of women, justified as necessary to protect their health. A laundry owner was fined $10 for making a female employee work more than 10 hours in a single day – 1908 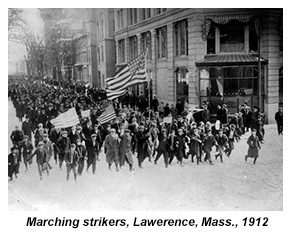 Congress passes a federal child labor tax law that imposed a 10 percent tax on companies that employ children, defined as anyone under the age of 16 working in a mine/quarry or under the age 14 in a “mill, cannery, workshop, factory, or manufacturing establishment.”  The Supreme Court ruled the law unconstitutional three years later – 1919 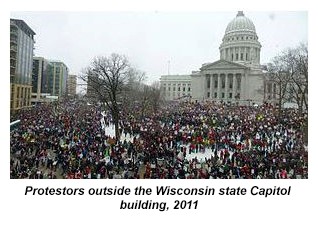 A crowd estimated to be 100,000 strong rallied at the Wisconsin state Capitol in protest of what was ultimately was to become a successful push by the state’s Republican majority to cripple public employee bargaining rights – 2011