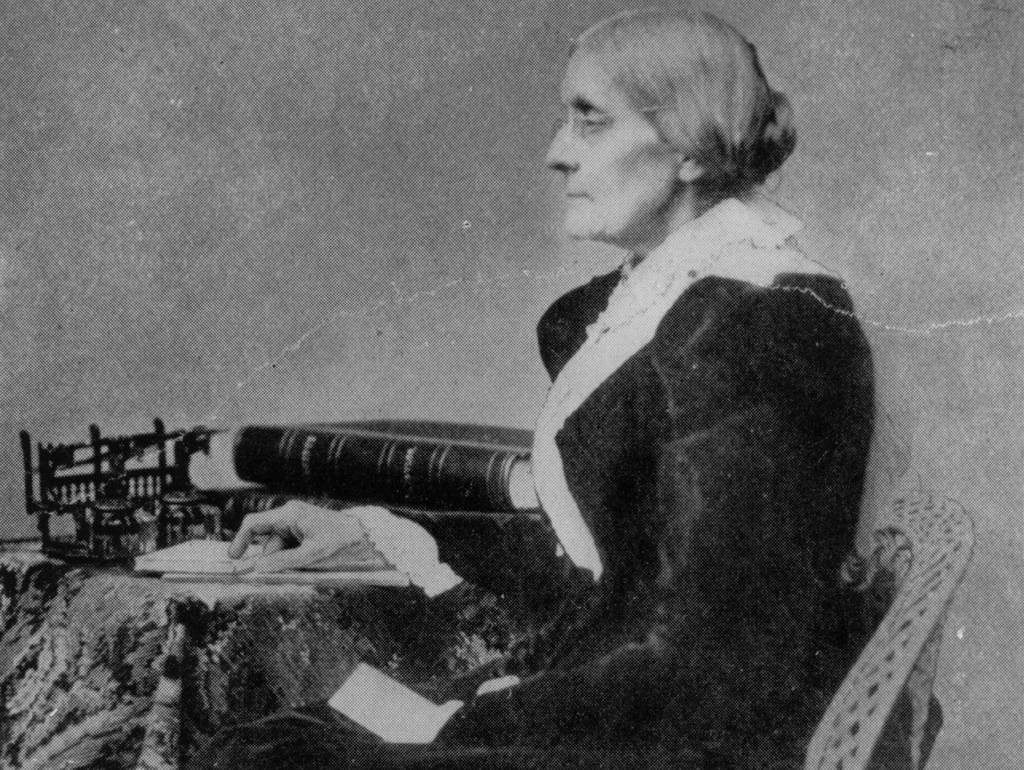 At a New York convention of the National Labor Congress, Susan B. Anthony calls for the formation of a Working Women’s Association. As a delegate to the Congress, she persuaded the committee on female labor to call for votes for women and equal pay for equal work. But male delegates deleted the reference to the vote – 1868

One hundred thousand Pennsylvania anthracite coal miners go on strike. Their average annual wage is $250. They are paid by the ton, defined by Pennsylvania as 2,400 pounds, but which mine operators have increased to as much as 4,000 pounds – 1900

National Federation of Federal Employees (NFFE) formed at a convention in Washington, D.C. In 1999 it became part of the Int’l Association of Machinists (IAM) – 1917

Southern employers meeting in Greenville, N.C., ready their big counter-offensive to break the textile labor strikes that have hit the Eastern seaboard. Ultimately they deploy 10,000 national guardsmen and 15,000 deputies, but fail to drive hundreds of thousands of strikers back to work – 1934

A Southern Pacific train loaded with sugar beets strikes a makeshift bus filled with 60 migrant workers near Salinas, Calif., killing 32. The driver said the bus was so crowded he couldn’t see the train coming – 1963

A total of 98 United Mine Workers of America members and a minister occupy the Pittston Coal Company’s Moss 3 preparation plant in Carbon, Va., beginning a year-long strike. Among other issues: management demands for drastic limitations in health and pension benefits for retired and disabled miners and their dependents and beneficiaries – 1989 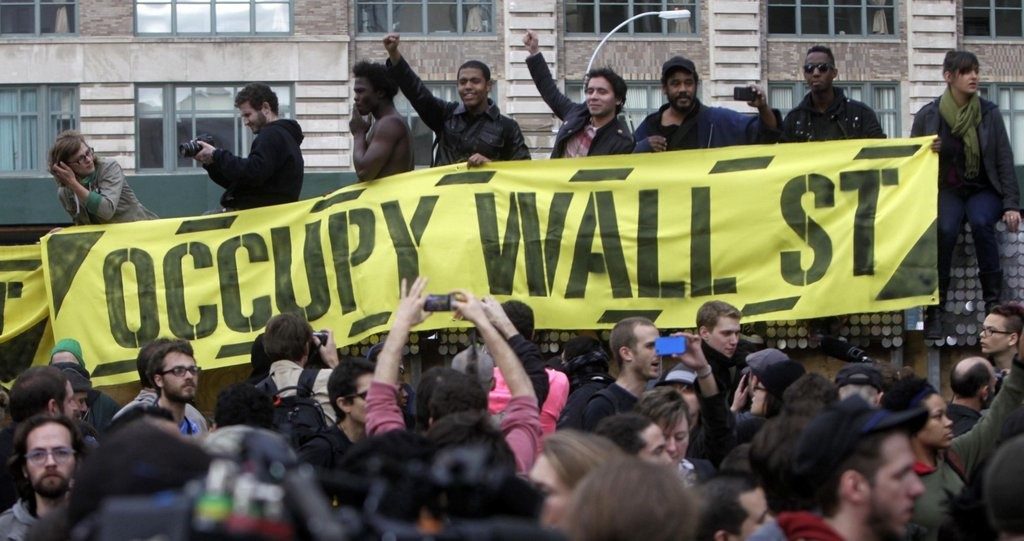 The Occupy Wall Street movement is launched with an anti-Wall Street march and demonstration that ended up as a 2-month encampment in Manhattan’s Zuccotti Park. The event led to protests and movements around the world, with their focus on economic inequality, corruption, greed and the influence on government of monied interests. Their slogan: “We are the 99%.” – 2011

The Teamsters for a Democratic Union (TDU) is formally founded at an Ohio convention, during a period of serious corruption in the union. Two years earlier at an IBT convention in Las Vegas, a union reform leader who (unsuccessfully) called for direct election of officers and a limit on officers’ salaries had been beaten by thugs – 1978

Nine strikebreakers are killed in an explosion at Giant (gold) Mine near Yellowknife, in Canada’s Northwest Territories. Miner Roger Warren confessed that he planted the explosives that caused the deaths. He recanted the confession but later confessed once again – 1992

A 20-month illegal lockout of 2,900 Steelworkers members at Kaiser Aluminum plants in three states ends when an arbitrator orders a new contract. Kaiser was forced to fire scabs and fork over tens of millions of dollars in back pay to union members – 1999

One week after the September 11, 2001, attacks, anthrax spores are mailed by an unknown party to several news media offices and two U.S. senators. Five people exposed to the spores died, including two workers at Washington, D.C.’s USPS Brentwood facility: Thomas Morris Jr. and Joseph Curseen, who were to die of their exposure within the month – 2001

Between 400,000 and 500,000 unionists converge on Washington D.C., for a Solidarity Day march and rally protesting Republican policies – 1981 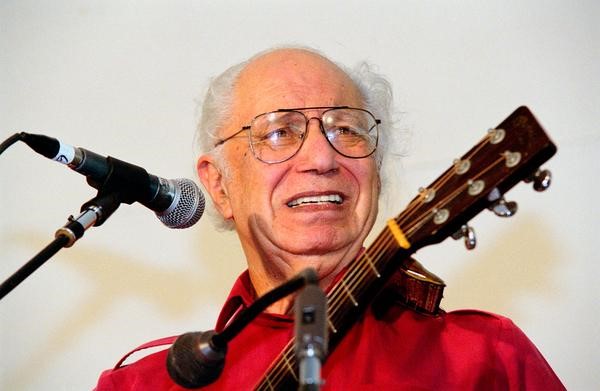 Musician and labor educator Joe Glazer, often referred to as “Labor’s Troubadour,” died today at age 88.  Some of his more acclaimed songs include “The Mill Was Made of Marble,” “Too Old To Work” and “Automaton.” In 1979 he and labor folklorist Archie Green convened a meeting of 14 other labor musicians to begin what was to become the annual Great Labor Arts Exchange and, soon thereafter, the Labor Heritage Foundation – 2006

Upton Sinclair, socialist and author of The Jungle—published on this day in 1906—born in Baltimore, Md. – 1878 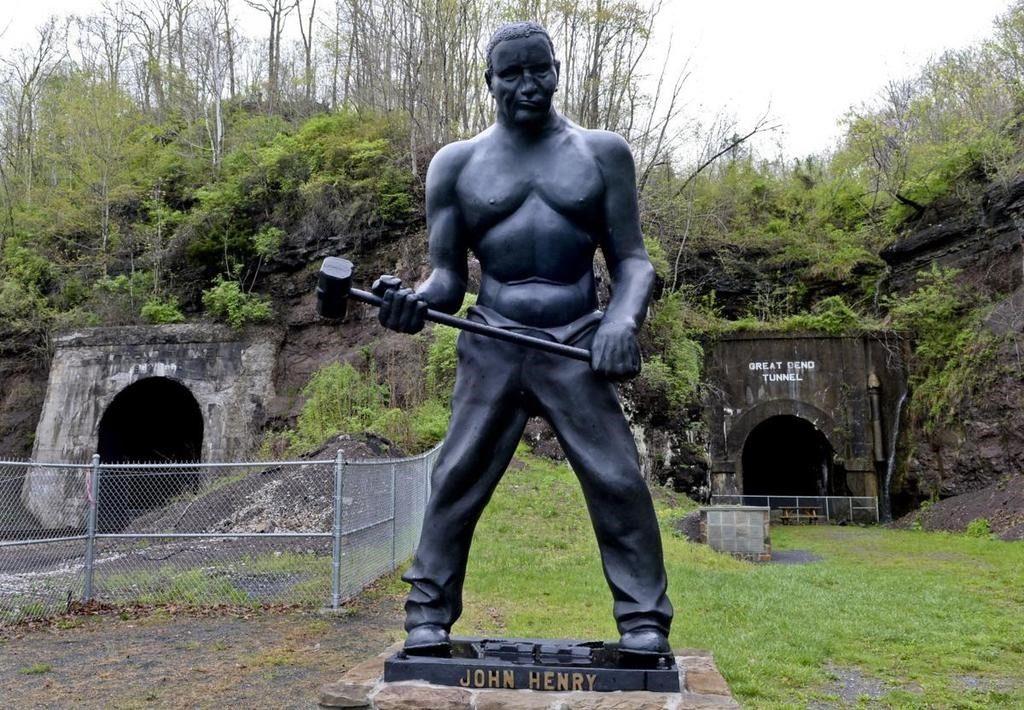 According to folklorist John Garst, steel-drivin’ man John Henry, born a slave, outperformed a steam hammer on this date at the Coosa Mountain Tunnel or the Oak Mountain Tunnel of the Columbus and Western Railway (now part of the Norfolk Southern) near Leeds, Ala. Other researchers place the contest near Talcott, W. Va. – 1887 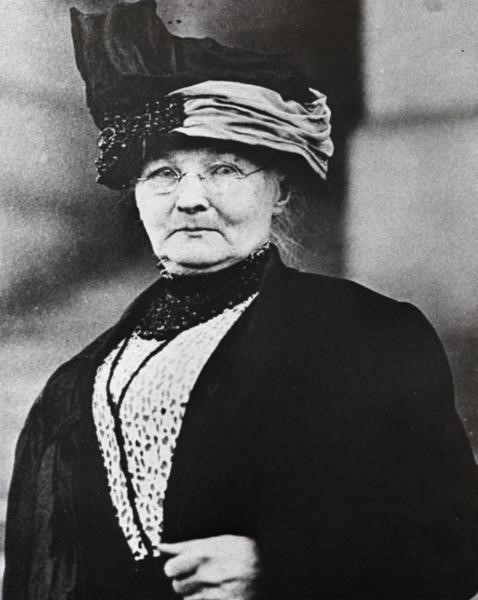 Mother Jones leads a march of miners’ children through the streets of Charleston, W. Va. – 1912

National Football League Players Association members begin what is to become a 57-day strike, their first regular-season walkout ever – 1982

Members of five unions at the Frontier Hotel-Casino in Las Vegas begin what was to become the longest successful hotel strike in U.S. history. All 550 workers honored the picket line for the entirety of the 6-year, 4-month, 10-day fight against management’s insistence on cutting wages and eliminating pensions – 1991

President Abraham Lincoln issues a preliminary proclamation warning that he will order the emancipation of all slaves in any state that does not end its rebellion against the Union by January 1, 1863 – 1862

United Textile Workers strike committee orders strikers back to work after 22 days out, ending what was at that point the greatest single industrial conflict in the history of American organized labor. The strike involved some 400,000 workers in New England, the mid-Atlantic states and the South – 1934

The AFL expels the Int’l Longshoremen’s Association for racketeering; six years later the AFL-CIO accepted them back into the house of labor – 1953 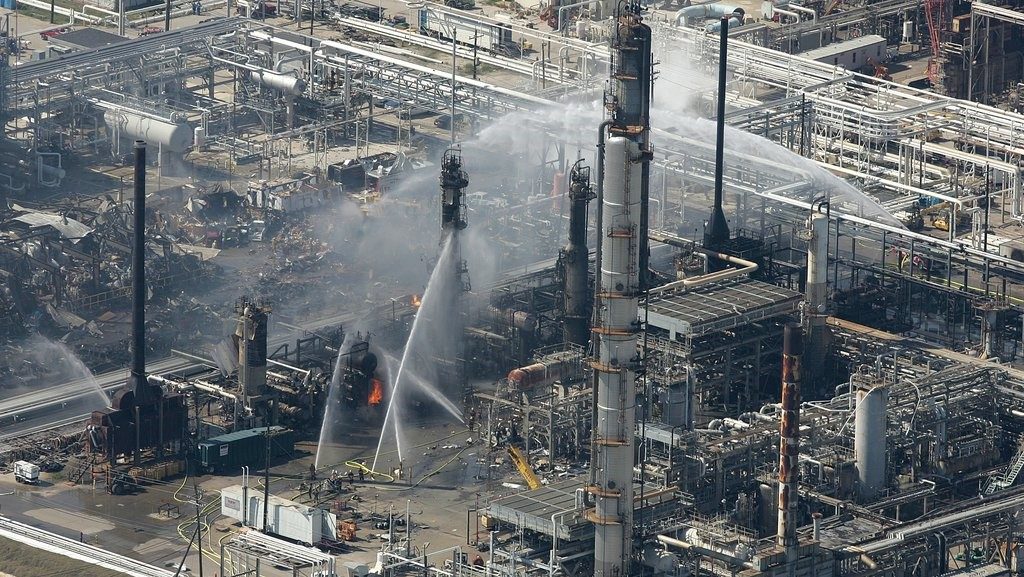 OSHA reaches its largest ever settlement agreement, $21 million, with BP Products North America following an explosion at BP’s Texas City, Texas, plant earlier in the year that killed 15 and injured 170 – 2005

The Workingman’s Advocate of Chicago publishes the first installment of The Other Side, by Martin A. Foran, president of the Coopers’ Int’l Union. Believed to be the first novel by a trade union leader and some say the first working-class novel ever published in the U.S. – 1868

A coalition of Knights of Labor and trade unionists in Chicago launch the United Labor party, calling for an 8-hour day, government ownership of telegraph and telephone companies, and monetary and land reform. The party elects seven state assembly men and one senator – 1886