The Great Fire of 1910, a wildfire that consumed about 3 million acres in Washington, Idaho and Montana—an area about the size of Connecticut—claimed the lives of 78 firefighters over two days.  It is believed to be the largest, although not deadliest, fire in U.S. history – 1910 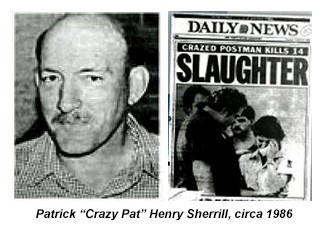 Deranged relief postal service carrier Patrick “Crazy Pat” Henry Sherrill shoots and kills 14 coworkers, and wounds another six, before killing himself at an Edmond, Okla., postal facility.  Supervisors had ignored warning signs of Sherrill’s instability, investigators later found; the shootings came a day after he had been reprimanded for poor work.  The incident inspired the objectionable term “going postal” – 1986 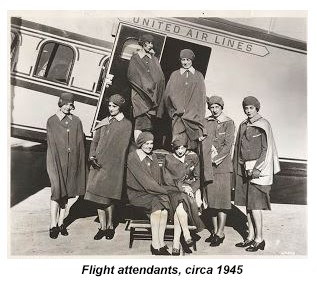 Five flight attendants form the Air Line Stewardesses Association, the first labor union representing flight attendants. They were reacting to an industry in which women were forced to retire at the age of 32, remain single, and adhere to strict weight, height and appearance requirements. The association later became the Association of Flight Attendants, now a division of the Communications Workers of America – 1945

The Kerr-McGee Corp. agrees to pay the estate of the late Karen Silkwood $1.38 million, settling a 10-year-old nuclear contamination lawsuit.  She was a union activist who died in 1974 under suspicious circumstances on her way to talk to a reporter about safety concerns at her plutonium fuel plant in Oklahoma – 1986

August 23
The U.S. Commission on Industrial Relations is formed by Congress, during a period of great labor and social unrest. After three years, and hearing witnesses ranging from Wobblies to capitalists, it issued an 11-volume report frequently critical of capitalism. The New York Herald characterized the Commission’s president, Frank P. Walsh, as “a Mother Jones in trousers” – 1912 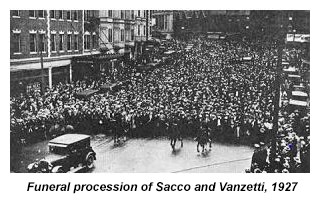 Italian immigrants Nicola Sacco and Bartolomeo Vanzetti, accused of murder and tried unfairly, were executed on this day. The case became an international cause and sparked demonstrations and strikes throughout the world – 1927

Farm Workers Organizing Committee (to later become United Farm Workers of America) granted a charter by the AFL-CIO – 1966
(The Fight in the Fields: No man in this century has had more of an impact on the lives of Hispanic Americans, and especially farmworkers, than the legendary Cesar Chavez. Through hard work, charisma and uncommon bravery he moved on to become founder and leader of the United Farm Workers of America (UFW) and to win a degree of justice for tens of thousands of workers…and to set a moral example for the nation.) 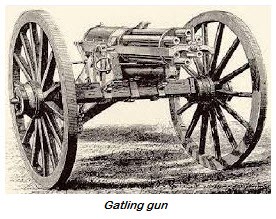 The Gatling Gun Co.—manufacturers of an early machine gun—writes to B&O Railroad Co. President John W. Garrett during a strike, urging their product be purchased to deal with the “recent riotous disturbances around the country.” Says the company: “Four or five men only are required to operate (a gun), and one Gatling … can clear a street or block and keep it clear” – 1877 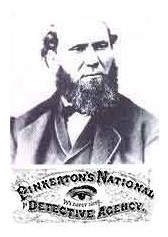 Birth of Allan Pinkerton, whose strike-breaking detectives (“Pinks”) gave us the word “fink” – 1819

August 26
Fannie Sellins and Joseph Starzeleski are murdered by coal company guards on a picket line in Brackenridge, Pa. Sellins was a United Mine Workers of America organizer and Starzeleski was a miner – 1919

(Sixteen Tons carries the reader down into the dark and dangerous coal mines of the early 1900s, as Italian immigrant Antonio Vacca and his sons encounter cave-ins and fires deep below the earth’s surface.)

After three-quarters of the states had ratified the 19th Amendment to the Constitution, women win their long struggle for the vote – 1920

With America in the depths of the Great Depression, the Comptroller of the Currency announces a temporary halt on foreclosures of first mortgages – 1932

In what some may consider one of the many management decisions that was to help cripple the American auto industry over the following decades, Ford Motor Co. produces its first Edsel. Ford dropped the project two years later after losing approximately $350 million – 1957 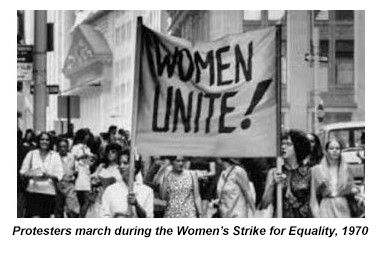 The Women’s Strike for Equality is staged in cities across the U.S., marking the 50th anniversary of the passage of the 19th amendment, under which women won the right to vote.  A key focus of the strike—in fact, more accurately a series of marches and demonstrations—was equality in the workplace.  An estimated 20,000 women participated, some carrying signs with the iconic slogan, “Don’t Iron While the Strike is Hot.”  Another sign: “Hardhats for Soft Broads” – 1970