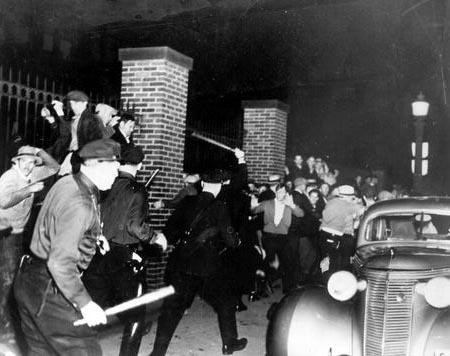 Italian activists and anarchists Nicola Sacco and Bartolomeo Vanzetti, widely believed to have been framed for murder, go on trial today. They eventually are executed as part of a government campaign against dissidents – 1921 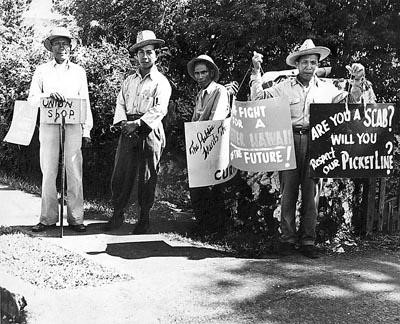 The “Little Wagner Act” is signed in Hawaii, guaranteeing pineapple and sugar workers the right to bargain collectively. After negotiations failed, a successful 79-day strike shut down 33 of the territory’s 34 plantations and brought higher wages and a 40-hour week – 1945 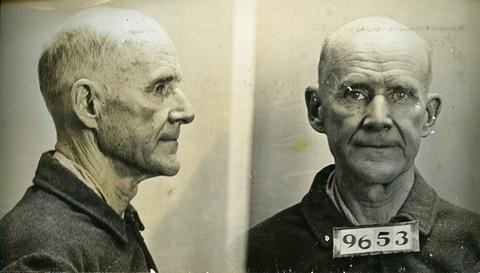 While white locomotive firemen on the Georgia Railroad strike, Blacks who are hired as replacements are whipped and stoned—not by the union men, but by white citizens outraged that Blacks are being hired over Whites. The Engineers union threatens to stop work because their members are being affected by the violence – 1909

President Lyndon B. Johnson announces the goals of his Great Society social reforms: to bring “an end to poverty and racial injustice” in America – 1964

An estimated 100,000 textile workers, including more than 10,000 children, strike in the Philadelphia area. Among the issues: 60-hour workweeks, including night hours, for the children – 1903 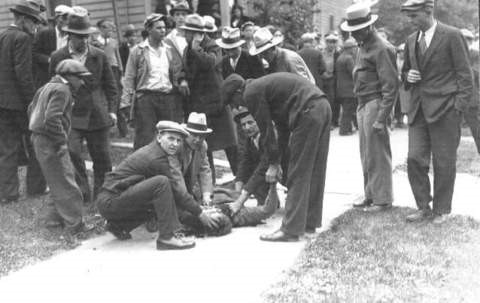 The Battle of Toledo begins today: a five-day running battle between roughly 6,000 strikers at the Electric Auto-Lite company of Toledo, Ohio, and 1,300 members of the Ohio National Guard. Two strikers died and more than 200 were injured. The battle began in the sixth week of what ultimately became a successful two-month fight for union recognition and higher pay. One guardsman told a Toledo Blade reporter: “Our high school graduation is … tonight and we were supposed to be getting our diplomas” – 1934 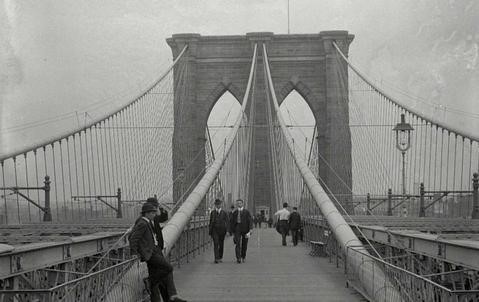 After 14 years of construction and the deaths of 27 workers, the Brooklyn Bridge over New York’s East River opens. Newspapers call it “the eighth wonder of the world” – 1883

Some 2,300 members of the United Rubber Workers, on strike for 10 months against five Bridgestone-Firestone plants, agree to return to work without a contract. They had been fighting demands for 12-hour shifts and wage increases tied to productivity gains – 1995

Pressured by employers, striking shoemakers in Philadelphia are arrested and charged with criminal conspiracy for violating an English common law that bars schemes aimed at forcing wage increases. The strike was broken – 1805

Philip Murray is born in Scotland. He went on to emigrate to the U.S., become founder and first president of the United Steelworkers of America, and head of the Congress of Industrial Organizations (CIO) from 1940 until his death in 1952 – 1886

Two company houses occupied by non-union coal miners are blown up and destroyed during a strike against the Glendale Gas & Coal Co. in Wheeling, W. Va. – 1925 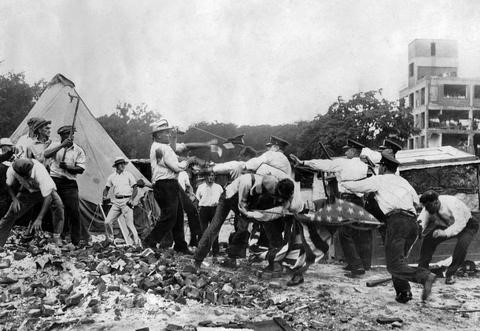 Thousands of unemployed WWI veterans arrive in Washington, D.C., to demand early payment of a bonus they had been told they would get, but not until 1945. They built a shantytown near the U.S. Capitol but were burned out by U.S. troops after two months – 1932

The notorious 11-month Remington Rand strike begins. The strike spawned the “Mohawk Valley (N.Y.) formula,” described by investigators as a corporate plan to discredit union leaders, frighten the public with the threat of violence, employ thugs to beat up strikers, and other tactics. The National Labor Relations Board termed the formula “a battle plan for industrial war” – 1936

The AFL-CIO begins what is to become an unsuccessful campaign for a 35-hour workweek, with the goal of reducing unemployment. Earlier tries by organized labor for 32- or 35-hour weeks also failed – 1962 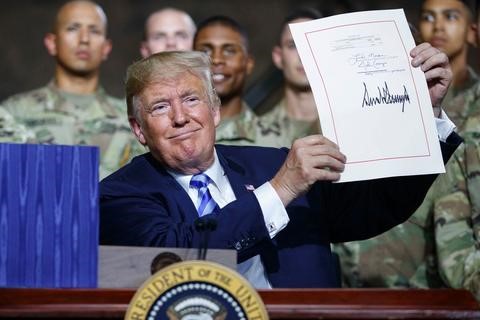 President Donald Trump signs a series of executive orders designed to make it easier to fire federal employees, limit the ability of unions to defend their members, and directing federal agencies to renegotiate federal employee union contracts so as to “reduce waste.” David Cox, president of the American Federation of Government Employees said the actions are “more than union busting – it’s democracy busting.” A federal judge (who had been appointed by Pres. Barack Obama) later struck down key parts of the orders – 2018

Actors’ Equity Assn. is founded by 112 actors at a meeting in New York City’s Pabst Grand Circle Hotel. Producer George M. Cohan responds: “I will drive an elevator for a living before I will do business with any actors’ union.” Later a sign will appear in Times Square reading: “Elevator operator wanted. George M. Cohan need not apply” – 1913

Some 100,000 steel workers and miners in mines owned by steel companies strike in seven states. The Memorial Day Massacre, in which ten strikers were killed by police at Republic Steel in Chicago, took place four days later, on May 30 – 1937 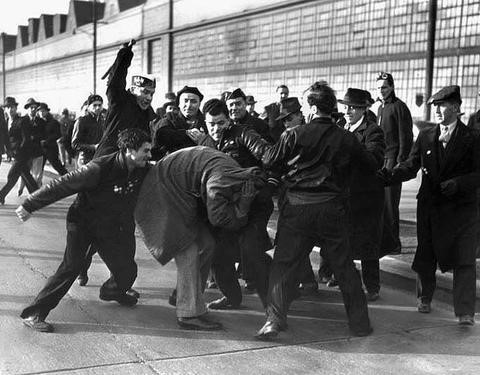 Ford Motor Co. security guards attack union organizers and supporters attempting to distribute literature outside the plant in Dearborn, Mich., in an event that was to become known as the “Battle of the Overpass.” The guards tried to destroy any photos showing the attack, but some survived—and inspired the Pulitzer committee to establish a prize for photography – 1937