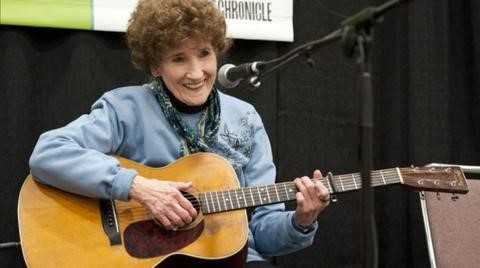 Songwriter, musician and activist Hazel Dickens dies at age 75. Among her songs: “They’ll Never Keep Us Down” and “Working Girl Blues.” Cultural blogger John Pietaro: “Dickens didn’t just sing the anthems of labor, she lived them. Her place on many a picket line, staring down gunfire and goon squads, embedded her into the cause” – 2011 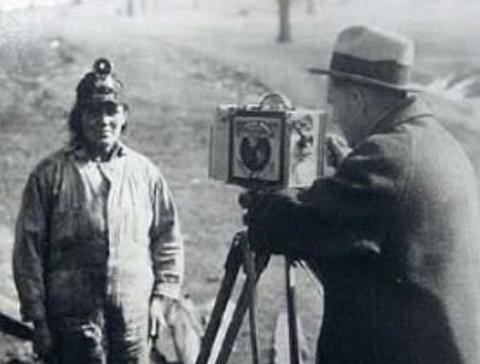 The Int’l Longshoremen’s and Warehousemen’s Union halts shipping on the West Coast in solidarity with Mumia Abu-Jamal, a Philadelphia journalist who many believed was on death row because he was an outspoken African-American – 1999 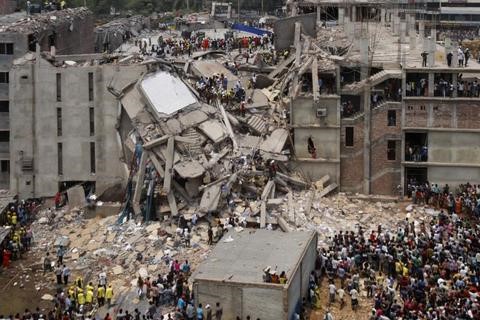 An eight-story building housing garment factories in Dhaka, Bangladesh collapses, killing 1,129 workers and injuring 2,515. A day earlier cracks had been found in the structure, but factory officials, who had contracts with Benneton and other major U.S. labels, insisted the workers return to the job the next day – 2013

The New York Times declares the struggle for an 8-hour workday to be “un-American” and calls public demonstrations for the shorter hours “labor disturbances brought about by foreigners.” Other publications declare that an eight-hour workday would bring about “loafing and gambling, rioting, debauchery and drunkenness” – 1886 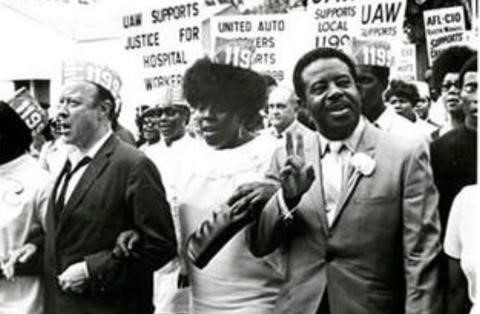 The Reverend Ralph David Abernathy and 100 others are arrested while picketing a Charleston, S.C., hospital in a demand for union recognition – 1969

The U.S. House of Representatives passes House Joint Resolution No. 184, a constitutional amendment to prohibit the labor of persons under 18 years of age. The Senate approved the measure a few weeks later, but it was never ratified by the states and is still technically pending – 1924 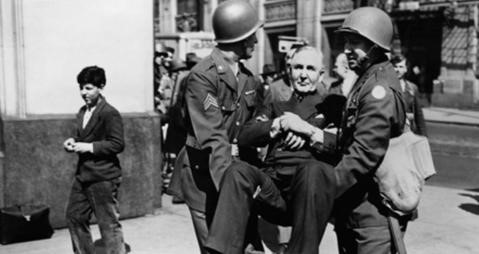 On the orders of President Roosevelt, the U.S. Army seizes the Chicago headquarters of the unionized Montgomery Ward & Co. after management defies the National Labor Relations Board – 1944 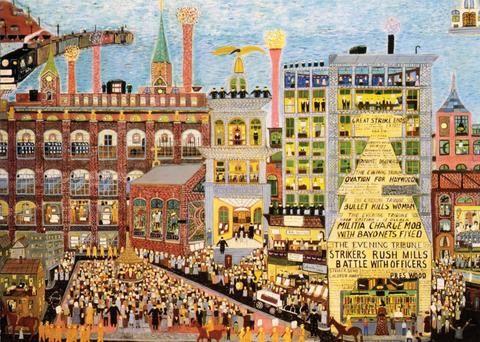 A cooling tower for a power plant under construction in Willow Island, West Virginia collapses, killing 51 construction workers in what is thought to be the largest construction accident in U.S. history. OSHA cited contractors for 20 violations, including failures to field test concrete. The cases were settled for $85,000—about $1,700 per worker killed – 1978

Congress creates OSHA, the Occupational Safety and Health Administration. The AFL-CIO sets April 28 as “Workers Memorial Day” to honor all workers killed or injured on the job every year – 1971

First “Take Our Daughters to Work Day,” promoted by the Ms. Foundation, to boost self-esteem of girls with invitations to a parent’s workplace – 1993