Many believe that Cincinnati on this day became the first U.S. city to pay fire fighters a regular salary. Others say no, it was Boston, back in 1678, exact date unknown – 1853

What was to become a 13-week strike begins today in Hopedale, Mass., when hundreds of workers seeking higher pay and a 9-hour day gathered in the street near the Draper Corp. loom-making plant. The president of the company declared: “We will spend $1 million to break this strike,” and, in fact, did, aided by hundreds of sworn “special policemen” with clubs. Police were drawn from a three-state area as well – 1913 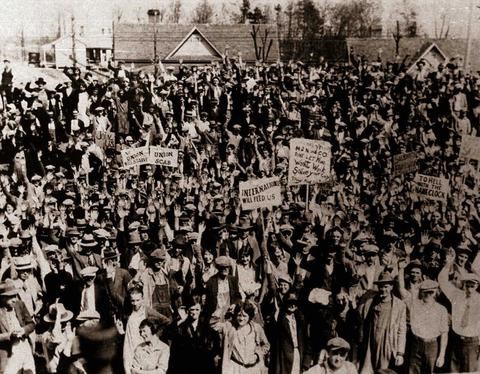 Strike of cotton mill workers begins in Gastonia, N.C. During the strike, police raided the strikers’ tent colony; the chief of police was killed. The strike leaders were framed for murder and convicted, but later freed – 1929

Some 400,000 members of the United Mine Workers strike for higher wages and employer contributions to the union’s health and welfare fund. President Truman seizes the mines – 1946

Major league baseball players begin what is to become a 13-day strike, ending when owners agree to increase pension fund payments and to add salary arbitration to the collective bargaining agreement – 1972 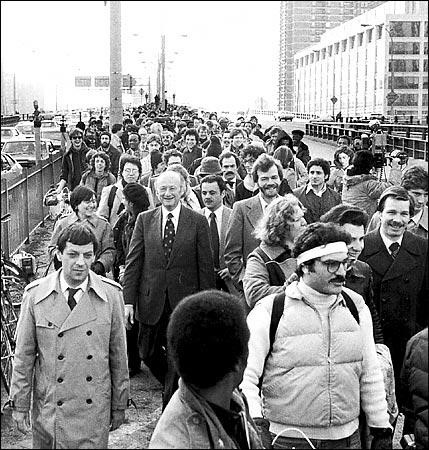 Eleven-day strike by 34,000 New York City transit workers begins, halts bus and subway service in all five boroughs before strikers return to work with a 17 percent raise over two years plus a cost-of-living adjustment – 1980

The United Mine Workers of America dedicates the John L. Lewis Mining and Labor Museum at Lewis’ boyhood home in Lucas, Iowa – 1990

Players begin the first strike in the 75-year history of the National Hockey League. They win major improvements in the free agency system and other areas of conflict, and end the walkout after 10 days – 1992

The Union Label Trades Department is chartered by the American Federation of Labor. Its mission: promote the products and services produced in America by union members, especially those products identified by a union label, shop card, store card, and service button – 1909 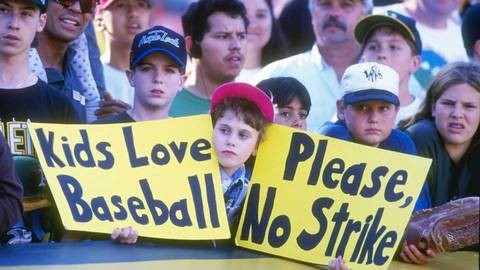 Major league baseball players end a 232-day strike, which began the prior August 12 and led to the cancellation of the 1994 postseason and the World Series – 1995 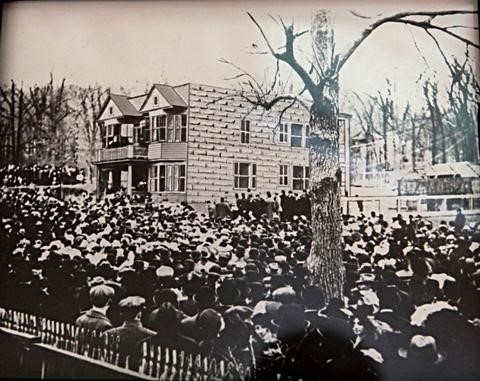 Some 20,000 textile mill strikers in Paterson, N.J., gather on the green in front of the house of Pietro Botto, the socialist mayor of nearby Haledon, to receive encouragement by novelist Upton Sinclair, journalist John Reed and speakers from the Wobblies. Today, the Botto House is home to the American Labor Museum – 1913

UAW Local 833 strikes the Kohler bathroom fixtures company in Kohler, Wisc. The strike ends six years later after Kohler is found guilty of refusing to bargain, agrees to reinstate 1,400 strikers and pay them $4.5 million in back pay and pension credits – 1954

Martin Luther King Jr. returns to Memphis to stand with striking AFSCME sanitation workers. This evening, he delivers his famous “I’ve Been to the Mountaintop” speech in a church packed with union members and others. He is assassinated the following day – 1968

Martin Luther King Jr. is assassinated in Memphis, where he had been supporting a sanitation workers’ strike. In the wake of this tragedy, riots break out in many cities, including Washington, D.C. – 1968

Some 1,700 United Mine Workers members in Virginia and West Virginia beat back concessions demanded by Pittston Coal Co. – 1989

The Democratic governors of New York and California sign legislation enacting phased-in $15-per-hour minimum wages for workers in their states. Since 2009, the federal minimum had been stagnating at $7.25 – 2016 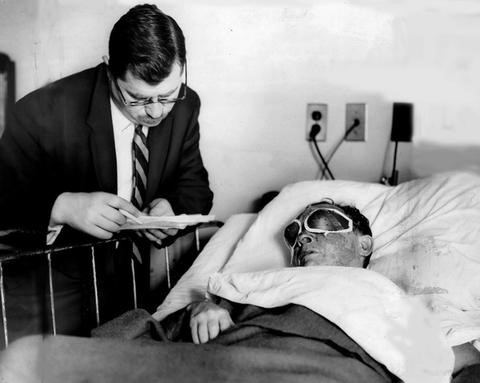 Columnist Victor Riesel, a crusader against mob infiltration of unions, was blinded in New York City when an assailant threw sulfuric acid in his face. He was also an FBI informer for decades, a proponent of the McCarthy era blacklisting that weakened unions for over a generation, and a crusader against unions connecting with anti-war student activism in the 1960’s and 70’s – 1956

A huge underground explosion at the Upper Big Branch Mine in Montcoal, W. Va., kills 29 miners. It was the worst U.S. mine disaster in 40 years. The Massey Energy Co. mine had been cited for two safety infractions the day before the blast; 57 the month before, and 1,342 in the previous five years. Six years later Massey’s CEO at the time of the disaster, Don Blankenship, was sentenced to one year in jail – 2010

The first slave revolt in the U.S. occurs at a slave market in New York City’s Wall Street area. Twenty-one Blacks were executed for killing nine Whites. The city responded by strengthening its slave codes – 1712 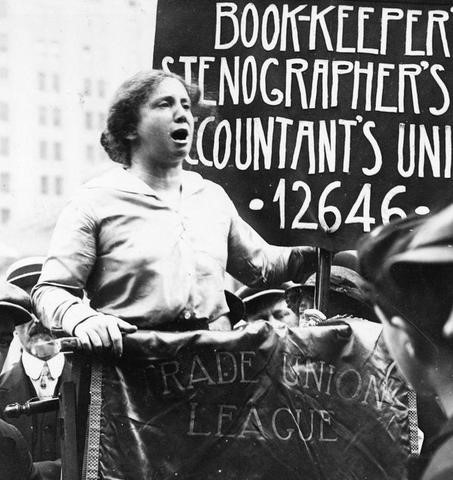 Birth of Rose Schneiderman, prominent member of the New York Women’s Trade Union League, an active participant in the Uprising of the 20,000, the massive strike of shirtwaist workers in New York City led by the Int’l Ladies Garment Workers’ Union in 1909, and famous for an angry speech about the 1911 Triangle Shirtwaist Factory fire: “Every week I must learn of the untimely death of one of my sister workers…Too much blood has been spilled. I know from my experience it is up to the working people to save themselves. The only way they can save themselves is by a strong working-class movement” – 1882

A sympathy strike by Chicago Teamsters in support of clothing workers leads to daily clashes between strikebreakers and armed police against hundreds and sometimes thousands of striking workers and their supporters. By the time the fight ended after 103 days, 21 people had been killed and 416 injured – 1905

50 workers at Connecticut Automotive Specialty Company (Casco) in Bridgeport, CT, conduct a sit-down strike to win recognition of the UE as their bargaining agent while other workers and allies picket outside the plant. Within 24 hours they won a wage increase and union recognition – 1937 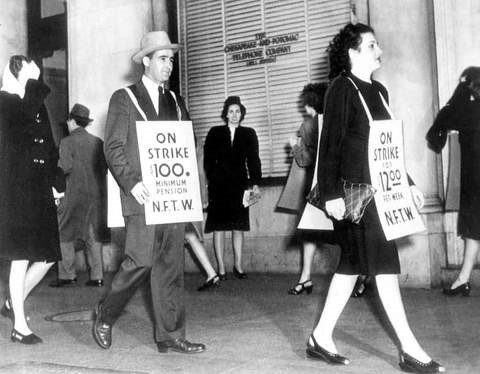 Some 300,000 members of the National Federation of Telephone Workers, soon to become CWA, strike AT&T and the Bell System. Within five weeks all but two of the 39 federation unions had won new contracts – 1947