Six laborers in Dorset, England—the “Tolpuddle Martyrs”—are banished to the Australian penal colony for seven years for forming a union, the Friendly Society of Agricultural Labourers. Some 800,000 residents of the United Kingdom signed petitions calling for their release – 1834 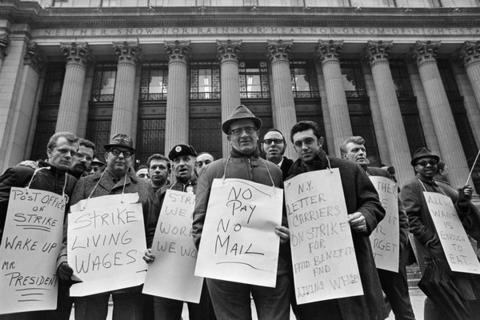 The Post Office’s first mass work stoppage in 195 years begins in Brooklyn and Manhattan and spreads to 210,000 of the nation’s 750,000 postal employees. Mail service is virtually paralyzed in several cities, and President Nixon declares a state of emergency. A settlement comes after two weeks – 1970

The Los Angeles City Council passes the first living wage ordinance in California. The ordinance required almost all city contractors to pay a minimum wage of $8.50 an hour, or $7.25 if the employer was contributing at least $1.25 toward health benefits, with annual adjustments for inflation – 1997

As the Great Recession continues, President Obama signs a $17.6 billion job-creation measure a day after it is passed by Congress – 2010

U.S. Supreme Court upholds the constitutionality of the Adamson Act, a federal law that established an eight-hour workday, with overtime pay, for interstate railway workers. Congress passed the law a year earlier to avert a nationwide rail strike – 1917

In an effort to block massive layoffs and end a strike, New York City moves to condemn and seize Fifth Avenue Coach, the largest privately owned bus company in the world – 1962

Three workers are killed, five injured during a test of the Space Shuttle Columbia – 1981

Michigan authorizes formation of workers’ cooperatives. Thirteen are formed in the state over a 25-year period. Labor reform organizations were advocating “cooperation” over “competitive” capitalism following the Civil War and several thousand cooperatives opened for business across the country during this era. Participants envisioned a world free from conflict where workers would receive the full value of their labor and freely exercise democratic citizenship in the political and economic realms – 1865 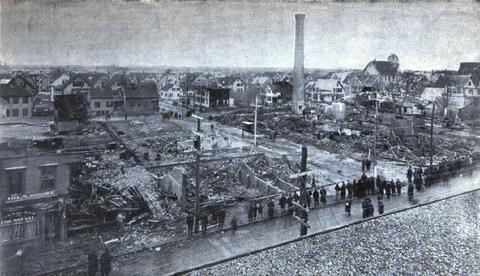 Fifty-eight workers are killed, 150 injured when a boiler explosion levels the R.B. Grover shoe factory in Brockton, Mass. The four-story wooden building collapsed and the ruins burst into flames, incinerating workers trapped in the wreckage – 1905

The American Federation of Labor issues a charter to a new Building Trades Department. Trades unions had formed a Structural Building Trades Alliance several years earlier to work out jurisdictional conflicts, but lacked the power to enforce Alliance rulings – 1908

The U.S. Supreme Court ruled unanimously that employers could not exclude women from (the often highest paying) jobs where exposure to toxic chemicals could potentially damage a fetus – 1991 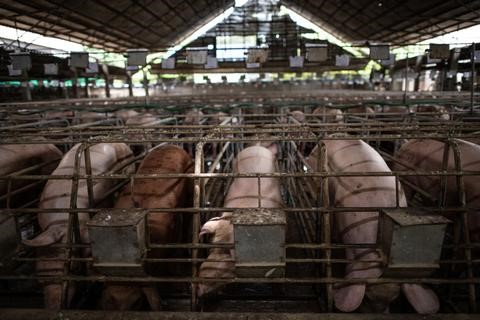 Mark Twain, a lifelong member of the Int’l Typographical Union (now part of CWA), speaks in Hartford, Conn., extolling the Knights of Labor’s commitment to fair treatment of all workers, regardless of race or gender – 1886 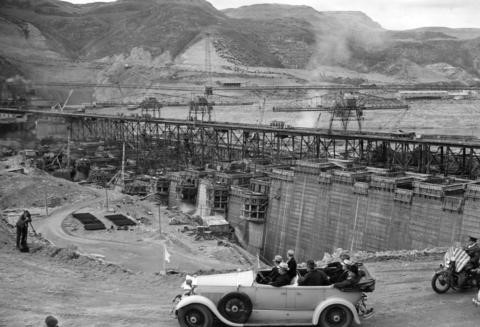 Eight hundred striking workers at Brown & Sharpe in Kingstown, R.I. are tear-gassed by state and local police in what was to become a losing 17-year-long fight by the Machinists union – 1982

A 32-day lockout of major league baseball players ends with an agreement to raise the minimum league salary from $68,000 to $100,000 and to study revenue-sharing between owners and players – 1990

A bitter six-and-a-half-year UAW strike at Caterpillar Inc. ends. The strike and settlement, which included a two-tier wage system and other concessions, deeply divided the union – 1998 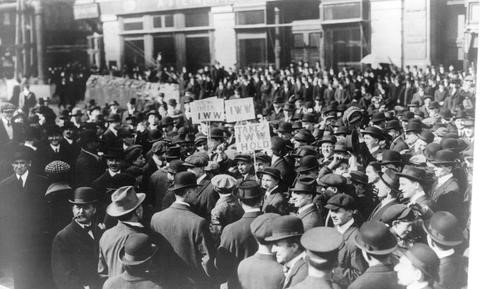 Trial of 101 Wobblies, charged with opposing the draft and hindering the war effort, begins in Chicago – 1918

Norris-La Guardia Act restricts injunctions against unions and bans yellow dog contracts, which require newly-hired workers to declare they are not union members and will not join one – 1932

Five days into the Post Office’s first mass work stoppage in 195 years, President Nixon declares a national emergency and orders 30,000 troops to New York City to break the strike. The troops didn’t have a clue how to sort and deliver mail: a settlement came a few days later – 1970

Coalition of Labor Union Women founded in Chicago by some 3,000 delegates from 58 unions and other organizations – 1974 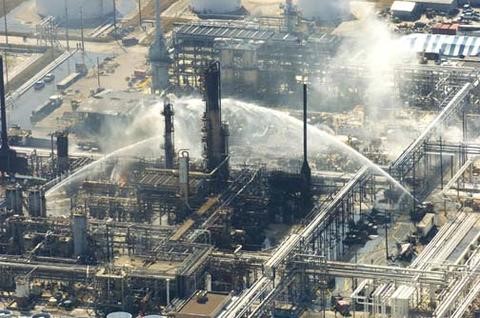 Fifteen workers die, another 170 are injured when a series of explosions rip through BP’s Texas City refinery. Investigators blamed a poor safety culture at the plant and found BP management gave priority to cost savings over worker safety – 2005 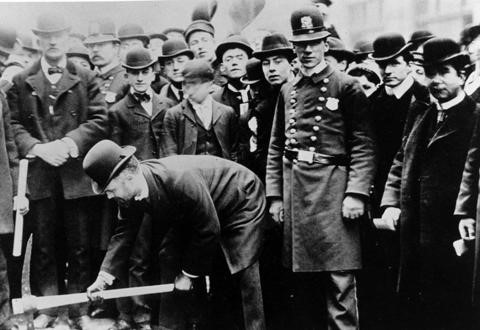 Groundbreaking on the first section of the New York City subway system, from City Hall to the Bronx. According to the New York Times, this was a worker’s review of the digging style of the well-dressed Subway Commissioners: “I wouldn’t give th’ Commish’ners foive cents a day fer a digging job. They’re too shtiff” – 1900