Influence Inside and Outside the Workplace

For every employee, both those in the public and private sector, what goes on in the world of politics has a direct connection to the union’s ability to advance and protect the members’ interests. Legislatures pass and enforce laws that can make it easier or harder for unions to organize, to protect members’ health and safety, to bargain for reasonable health care coverage, and to improve countless other aspects of working life. As we’ve seen all too often recently, what is won at a bargaining table can be taken away with a stroke of a pen by elected officials who are not worker-friendly, or by appointed or elected judges.  (Adapted from The Union Member’s Complete Guide, by Michael Mauer.) 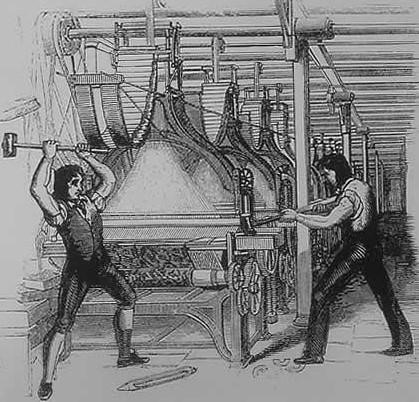 Greedy industrialist turned benevolent philanthropist Andrew Carnegie pledges $5.2 million for the construction of 65 branch libraries in New York City—barely 1 percent of his net worth at the time. He established more than 2,500 libraries between 1900 and 1919 following years of treating workers in his steel plants brutally, demanding long hours in horrible conditions and fighting their efforts to unionize. Carnegie made $500 million when he sold out to J.P. Morgan, becoming the world’s richest man – 1901

The first tunnel under the Hudson River is completed after 30 years of drilling, connecting Jersey City and Manhattan. In just one of many tragedies during the project, 20 workers died on a single day in 1880 when the tunnel flooded – 1904 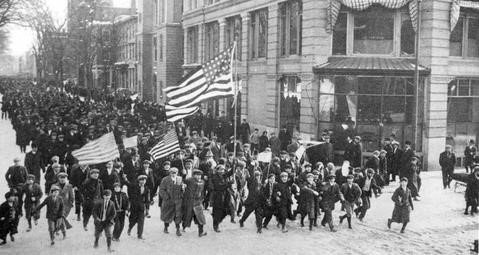 The Lawrence, Mass., “Bread and Roses” textile strike ends when the American Woolen Co. agrees to most of the strikers’ demands; other textile companies quickly followed suit – 1912

Steelworkers approve a settlement with Oregon Steel Mills, Inc. and its CF&I Steel subsidiary, ending the longest labor dispute in the USWA’s history and resulting in more than $100 million in back pay for workers – 2004 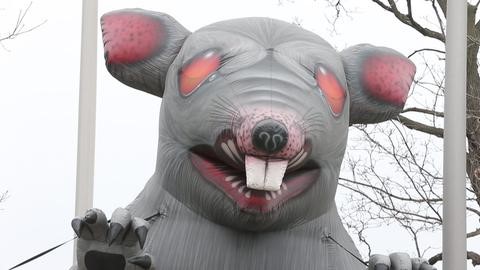 The term “rat,” referring to a worker who betrays fellow workers, first appears in print in the New York Daily Sentinel. The newspaper was quoting a typesetter while reporting on replacement workers who had agreed to work for two-thirds of the going rate – 1830

“The laborers on the Cape Cod ship canal refuse to work and say they will not return until better food is provided.” No further details were offered in this Trenton Times report – 1884

A four-month UAW strike at General Motors ends with a new contract. The strikers were trying to make up for the lack of wage hikes during World War II – 1946

Fabled railroad engineer John Luther “Casey” Jones born in southeast Missouri. A member of the Railroad Engineers, he was the sole fatality in a wreck near Vaughan, Miss., on April 29, 1900. His skill and heroics prevented many more deaths – 1863

Henry Ford announced the new continuous motion method to assemble cars. The process decreased the time to make a car from 12 and a half hours to 93 minutes. Goodbye, craftsmanship. Hello, drudgery – 1914 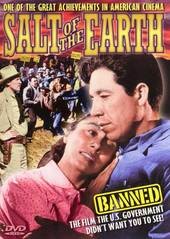 The movie Salt of the Earth opens. The classic film centers on a long and difficult strike led by Mexican-American and Anglo zinc miners in New Mexico. Real miners perform in the film, in which the miners’ wives—as they did in real life—take to the picket lines after the strikers are enjoined. After months of union-busting activity, the union was decertified in September 2014 – 1954

The Wall Street Journal begins a series alleging insider stock deals at the union-owned Union Labor Life Insurance Co. (ULLICO). After three years a settlement was reached with Robert Georgine, a building trades leader serving as ULLICO president and CEO, requiring him to repay about $2.6 million in profits from the sale of ULLICO stock, forfeit $10 million in compensation and make other payments worth about $4.4 million. All but two of the company’s directors were said to have profited from the deals – 2002

The United Federation of Teachers (UFT) is formed in New York to represent New York City public school teachers and, later, other education workers in the city – 1960

The leadership of the American Federation of Labor selects the Carpenters union to lead the 8-hour movement. Carpenters throughout the country strike in April; by May 1, some 46,000 carpenters in 137 cities and towns have achieved shorter hours – 1890

A U.S.-China treaty prevents Chinese laborers from entering the U.S. – 1894 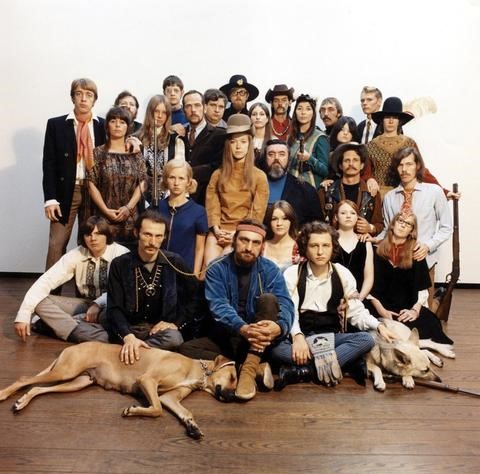 Staffers at San Francisco progressive rock station KMPX-FM strike, citing corporate control over what music is played and harassment over hair and clothing styles, among other things. The Rolling Stones, Joan Baez, the Jefferson Airplane, the Grateful Dead and other musicians request that the station not play their music as long as the station is run by strikebreakers – 1968

Boeing Co. and the Society of Professional Engineering Employees in Aerospace (SPEEA) come to terms on a new contract, settling the largest white-collar walkout in U.S. history. SPEEA represented some 22,000 workers, of whom 19,000 honored picket lines for 40 days – 2000