Statement by the AFT Guild, Local 1931 regarding the Occupied Palestinian Territories (09/05/2021)

Please find below a statement in support of Palestine that was approved at our Union meeting last week.

Statement by the AFT Guild, Local 1931 regarding the Occupied Palestinian Territories

WHEREAS, the AFT Guild condemns the forced removal of Palestinian residents in West Jerusalem, the bombing of civilian areas in the besieged Gaza Strip, and the continued human rights violations committed by the Israeli government during its 73-year occupation of this land. It is unfortunate that civilians on both sides have suffered casualties, yet Israel’s use of advanced weaponry in its indiscriminate bombing of the Gaza strip has claimed a significantly greater and disproportionate number of Palestinian lives and destroyed essential infrastructure in the already oppressed occupied territories.

WHEREAS, the recent forced removal of Palestinian civilians from homes they occupied in Shaikh Jarrah for generations follows a 73-year pattern of disenfranchising Palestinians of their rights, property and the opportunity to live with dignity. Since 1967, home demolitions, land confiscations, systemic denial of building permits, and massive illegal settlement building (a violation of Article 49 of the Geneva Convention) on virtually every part of the occupied Palestinian territories, have become official Israeli policy, despite repeated condemnation by the international community.

WHEREAS, since the 1967 War, 48,488 Palestinian homes and other structures have been demolished compared to none belonging to Israelis. The United Nations has condemned Israel’s continued occupation of territory after the 1967 war. The International Court condemns the settlements, and Israel has repeatedly snubbed efforts to limit the settlements, which are viewed as an obstacle to peace.

WHEREAS, in 2018 over 40 Jewish groups worldwide signed onto a statement opposing the “dangerous conflation of anti-Jewish racism with opposition to Israel’s policies and system of occupation and apartheid.” Their statement read, “This conflation undermines both the Palestinian struggle for freedom, justice and equality and the global struggle against anti-semitism. It also serves to shield Israel from being held accountable to universal standards of human rights and international law.”
WHEREAS, although we consider the targeting of civilians by all sides to be inhumane, the absence of an evenhanded U.S. foreign policy, in addition to massive unrestricted military aid to Israel, emboldens Israeli militarism, contradicts our policy regarding the status of the occupation of the Palestinian lands, and dooms the two-state solution to failure.

WHEREAS, we condemn the recent spate of anti-semitic attacks in the United States and other parts of the world, just as we condemn white supremacy and violence against Blacks, and members of the AAPI, LatinX, and LGBTQ communities. We also unequivocally condemn anti-semitic violence wherever it occurs. However, let us be clear that condemning Israel for its ethnic cleansing of Palestinians, occupation, apartheid and war crimes is not anti-semitism.

BE IT RESOLVED, we urgently call on our government to put an end to the occupation and oppression of Palestinian people, and we call on the White House and the Department of State to hold Israel accountable for its complete disregard of international law and a prompt reassessment of military aid to Israel. Only when Israel treats Palestinians inside Israel as equal citizens, recognizes the right of the Palestinian refugees to return, and the right of the Palestinians to live free of colonization and occupation, will there be hope for peace and reconciliation in historic Palestine. 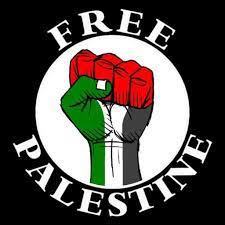