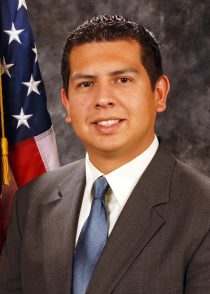 Last Friday evening, after five grueling hours of candidate interviews and spirited debate, the San Diego-Imperial Counties Labor Council overwhelmingly endorsed David Alvarez for mayor.  This decision came after weeks of intense lobbying on the part of former labor leader Lorena Gonzalez, who, along with other powerful Democratic power brokers and money people were seeking to clear the field of genuinely progressive candidates in order to anoint Nathan Fletcher as the “only choice.”  Indeed, while Democratic money bundler Christine Forrester was writing to her well-heeled contacts praising Fletcher as “an astute business leader, worthy of representing and evolving Qualcomm’s business interests” and someone “well-suited to find common denominators between left and right” in order to create a “bipartisan platform from which San Diego can soar,” Gonzalez was repackaging him as a working class hero about whom she said to her list of labor folks, “the more he learned about economic justice issues, the better champion he became.”

And while the official Gonzalez blessing came the day before the formal Labor Council endorsement process, the fact is that she was consistently working labor leaders for Fletcher outside of the Labor Council endorsement process for a couple of months.  And, as I have written here before, Gonzalez has been informally promoting Fletcher to folks in labor and Democratic circles for a few years over the strong objections of many in labor (insert link: http://sandiegofreepress.org/2013/08/the-collected-works-of-our-savior-nathan-fletcher-the-magic-democrat/).  Fortunately, it didn’t work.  Hence, the “everybody knows” crowd was wrong again.

As a member of the Labor Council COPE committee, I can’t comment on the specifics of our discussion, but I can say that I am very proud of the way the rank and file union members listened to and evaluated a long list of worthy candidates, including Fletcher, and ultimately stood on principle rather than giving in to political expediency.  What all the criticism of labor as a cynical “special interest group” misses is that what folks in that room most cared about was not just picking the leading horse in the race who might toss them a favor in exchange for their work and money, but what the core values of the candidates were.  And I am equally proud of the labor leaders who stood on principle and supported the decision of the COPE committee.  It was a real democratic process where ideas and candidates’ records mattered.  Win or lose, it speaks well of the future of labor in San Diego.

As for Alvarez, he does not just have an impeccable record on labor issues but has stood out as a solid progressive on a wide range of other issues affecting our city from transportation to planning and more.  Alvarez has not been afraid to be the lone vote on the City Council when his core values were at stake, and he brings a solid history of tough votes to the table rather than a list of apologies, equivocations, and vague promises.

Alvarez does not need to repackage himself as a “neighborhoods first” candidate because he IS already a neighborhoods first leader.  As a councilman representing one of San Diego’s historically neglected communities he has fought hard to bring resources to places like Barrio Logan.  On the City Council, he supported Mayor Filner’s progressive policy agenda even when it was hard to do so.  He will continue pushing for a “new San Diego” in a big, bold way, minus the tragic liabilities of our past mayor.

I do not know David Alvarez well personally but what stands out to me about him is that he speaks in terms of values and principles more than easy politics.  He is married with children and is in his chosen vocation because he wants a better future for his family and community.  He is earnest, principled, and dedicated to public service.

But let’s be honest, it won’t be easy. Alvarez has less name recognition than the other candidates and, as I have noted before, the electorate is less favorable for progressives in this kind of election.  That said, Alvarez is an organizer who has hit the ground running and has already built a solid base of support outside of the Labor Council.  And it should be remembered that as a young up and comer, Alvarez beat Felipe Hueso to win his current City Council seat, despite Hueso having full Labor Council support under the previous administration, by out organizing and out campaigning him.

What is exciting about Alvarez is that he has the potential to help build the progressive base in San Diego.  He would be the first mayor of Mexican-American heritage and that should help inspire voters who might not otherwise come out to get engaged.  An Alvarez campaign also offers new opportunities for labor-community alliances and voter registration efforts that, win or lose, will build something for the future in a way that would not have been possible if labor had taken the less principled, expedient path.  In sum, an Alvarez campaign is a chance for local labor to start deepening its commitment to a new direction that seeks broad-based social justice for the whole community rather than playing the same old tired political games.