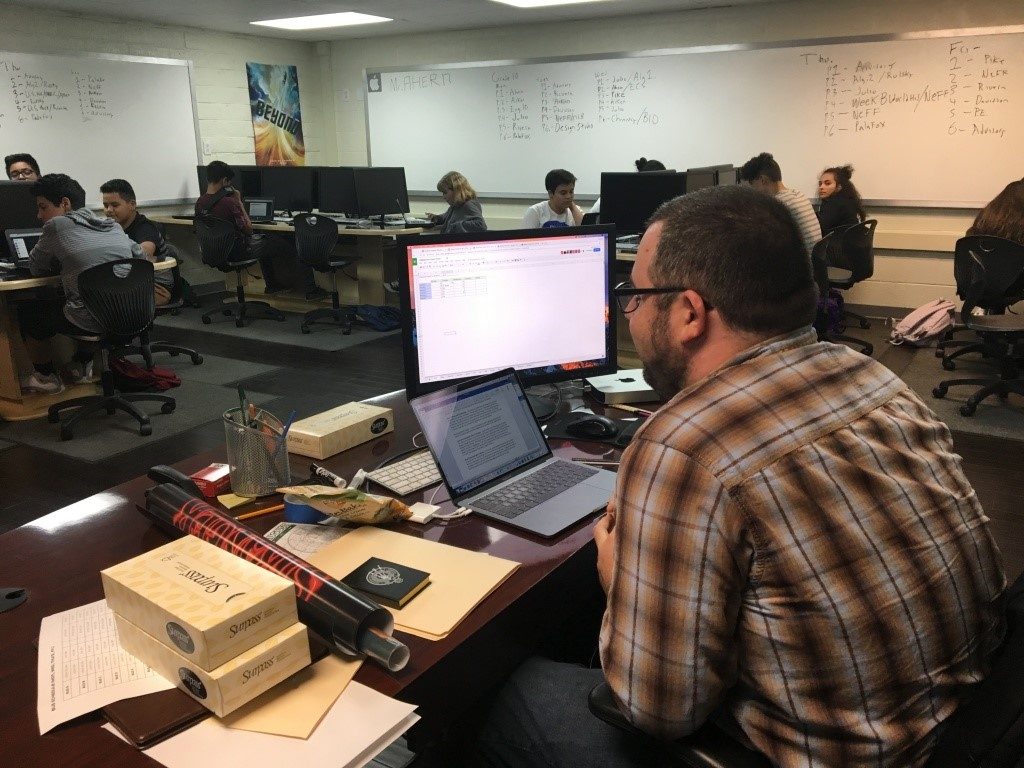 That opposition has extended from the state’s biggest labor unions to the local campuses.

“We created a petition,” said Glendale Community College faculty union president Roger Bowerman. “The petition basically states that the faculty at Glendale are opposed to the creation of a fully online community college as it’s currently envisioned.”

In the past week his union, he said, has gathered signatures from about one fourth of the campus’s 800 faculty. Bowerman said the $120 million set aside by Governor Brown in next year’s budget to start and run the online college would be better spent helping the system’s 114 campuses create jobs and skills classes for adult learners.

“Give us $5 million of that to create fully online, mini-certificates and we’ll have it in place in six months,” he said.

Bowerman and other opponents said the proposed funds should go to a consortium of community colleges, called the Online Education Initiative, that’s already been helping campuses create online classes.

“Giving [the Online Education Initiative] this new challenge… would set it back from its original mission, which needs to be fulfilled for the benefit of our degree and transfer seeking students,” said California Community College Chancellor’s Office spokesman Paul Feist by email. “The new online college has a different mission and would serve a different population: working adults whose circumstances prevent them from participating in existing offerings.”

Governor Brown said the online college would reach millions of Californians who have no college degree but who could benefit from one or a few classes of skills and job training.

The opposition from faculty comes as Brown and other supporters of the college engage in a public campaign to frame the proposal as an urgent need.

In the coming weeks, legislators will begin to negotiate with the governor’s office how much some items receive in next year’s proposed budget.

Community college faculty from campuses in Los Angeles County plan to attend a Thursday hearing in Sacramento organized by the Senate Budget and Fiscal Review committee.

“What’s at stake is that we’re going to spend $120 million building an online college [when] we don’t know if it’s going to work,” said Wendy Brill-Wynkoop, a professor at College of the Canyons in Valencia who’s scheduled to speak at the hearing. “So we’re wasting precious resources and we’re trying to reach a population that we don’t know if this is the right model for them to learn.”

Brown wants the online college to open in the fall of 2019. Both sides agree that’s a quick turn-around. The text in the proposed budget to create the college says staff would be represented by a union only after “the college becomes more established.”

The college’s quick turn around is leading faculty leaders to ask whether for profit companies from outside California will be given the contracts to start the college.

“The only way they’re going to have this thing up and running immediately is to use some pre-made product that they can just plug in,” said Jim Mahler, the president of the California Federation of Teachers’ community college council.

“The online college is being created by the California Community Colleges and will have a president that will run the institution with and a governing board that will oversee it. The precise structure of the college is still to be determined, but there will not be a wholesale outsourcing of design and administration,” said Feist by email.

Typically, the faculty’s opposition to the proposal would take the form of lobbying of legislators to oppose a bill making its way through Sacramento. This proposal is different because it’s embedded in the proposed budget and it’s very hard, Mahler said, to oppose an entire state budget authored by a very popular governor.