November 30, 2012
Dear Jim,
On Monday, the 2013-14 State Legislature will be sworn in at noon, including two newly elected former community college trustees–Jose Medina from Riverside and Scott Wilk from Santa Clarita. Former San Diego trustee Marty Block will move up to the State Senate, and former Foothill-DeAnza trustee Paul Fong will return to the Assembly.
The incoming legislators have reason for optimism, as Proposition 30 and deep cuts in recent years leads to the lowest projected budget deficit in a decade.
LAO forecasted deficit for first budget of each incoming class since 2000.

2001-02: +$3.4 billion
2003-04: -$21.5 billion
2005-06: -$6.7 billion (Prop. 58 deficit reduction bonds)
2007-08: -$2.4 billion (Prop. 58 deficit reduction bonds)
2009-10: -$27.8 billion
2011-12: -$19 billion
2013-14: -$1.9 billion
If California’s economic recovery continues, the Legislative Analyst’s Office projects that the state will have a surplus that can begin to restore budget cuts made in virtually every state program in recent years.
However, it will be a slow and steady rebuilding of access and student success programs in our community colleges. While we avoided deep cuts when Proposition 30 passed on November 6, it’s important to remember that only $50 million of new funds will be available for community colleges in the current year. An additional $159 million will be used to partially retire the $961 million in “debt” created by community college cash flow deferrals.
Over the next several years, the LAO projects that $217 million – $343 million in new funds will be available annually for community colleges. While that sounds like a decent amount of money, it’s not enough for the projected cost-of-living adjustment (COLA), 2% enrollment restoration, and restoration of the categorical cuts taken in 2009-10, let alone the restoration of access for 400,000 students who were downsized out of the system. Further, after five years of no COLA, our faculty, staff and students have all felt the pinch of inflation–a cumulative 16.3% decline in purchasing power.
Next year, the LAO’s forecast would lead to $217 million in new funds for community colleges. If we allocate funding for 2% enrollment restoration and meet the statutory COLA currently estimated at 1.66%, there would be $17 million left for other priorities. That’s not much when stacked against the $193 million in categorical cuts we took in 2009-10.
Indeed, times are better and we can begin looking at our priorities for restoration, but even with Proposition 30, we’re going to continue making difficult choices as we work ever harder to help Californians get the skills and knowledge necessary to meet the needs of a changing economy. 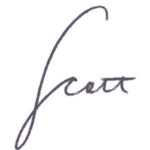