The AFT Guild Local 1931 Immigrant Student Support Committee invites you to join us for a series of discussions on the new book by labor historian Joe Burns called Class Struggle Unionism by Joe Burns. We will meet virtually on the following dates to hear an overview presentation followed by discussion of the book in three sections.

Copies of the book are available now at the AFT Office (3737 Camino del Rio S, Suite 410) for Guild members and will also be available at our Union meeting this Thursday at Grossmont College.

Please register here: https://forms.gle/CqY2SdJMfb3FxGMG9 to receive the Zoom link for the meetings. 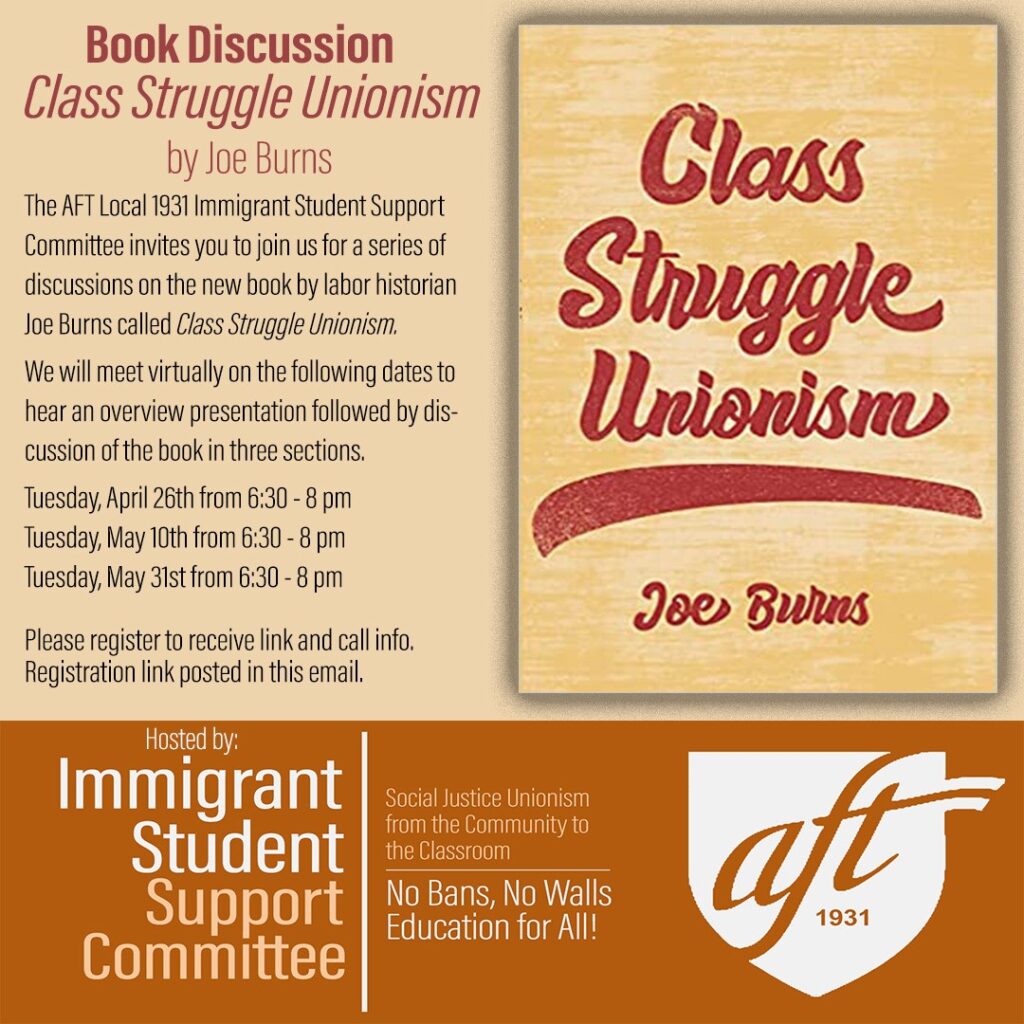