March and Rally for Climate Justice, This Saturday!

Dear Colleagues,
You are invited to join the AFT contingent at the March for Climate Justice this Saturday at noon in Balboa Park. 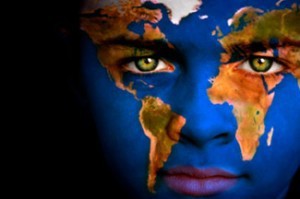 Last week as the big climate talks kicked off in Paris it was my pleasure to co-host with Masada Disenhouse of SanDiego350 a community screening of Naomi Klein’s new film This Changes Everything. We used this screening to help facilitate a discussion among folks from the local labor and environmental movements along with representatives from various community and student groups that was focused on the intersection between the climate crisis and the fight against economic inequality. Many folks expressed spirited opinions on how we might join the interests of the poor and workers with those fighting to save the planet.

The film poses an important question: how can we come to see the corner that the climate crisis puts us in not as a reason for despair but as an opportunity to challenge the stale hegemony of market fundamentalism and create a better more humane world?

While there is not a single easy answer, it’s never been more clear that the intersection of our historic level of economic inequality and the bankruptcy of the old story we have told ourselves about our unexamined dominion over the earth and its resources is leading us down what Klein calls “the suicide path.”

A pair of articles that came out last week amply illustrates this.  The first one was about how the wealth gap in our country is even worse than we had previously thought.  As The American Prospect notes:

[A] new study released Wednesday by the Institute for Policy Studies shows that [Bernie] Sanders is spot on—and that he may even be underestimating the nation’s yawning wealth gap. Not only do the top one-tenth of 1 percent of Americans own more than most Americans put together, but the nation’s top 20 richest people own as much wealth as the entire bottom half of U.S. earners. That’s a sliver about 15,000 times smaller than the already superrich one-tenth of 1 percent.

And if that injustice was not bad enough, yet another revelation from an Oxfam report shows us precisely how the hogging of economic resources by the elite is directly related to the climate crisis:

[The] poorest half of the global population — around 3.5 billion people — are responsible for only around 10 percent of total global emissions attributed to individual consumption, yet live overwhelmingly in the countries most vulnerable to climate change.

So it’s abundantly evident that the gospel of market fundamentalism that has brought us the current world order is fueling inequality while killing the world.  As thorny as the discussion of how the problems of economic justice and climate justice are linked can seem on first glance, it is imperative that this intersection stays at the heart of any movement to save the planet for our children.  The alternative is simply not acceptable.  We just need to take the leap and find our way to a more just and sustainable future—locally, nationally, and internationally.

In that spirit, we invite you to take a few steps toward a better tomorrow with us.

This Saturday, December 12th from 12:00 to 3:00 in Balboa Park is the March and Rally for Climate Justice starting at 6th and Laurel.  This effort is sponsored by SanDiego350, the Interfaith Center for Worker Justice, the San Diego and Imperial Counties Labor Council – Environmental Caucus, the California Nurses Association – National Nurses United, Climate Action Campaign, Stay Cool 4 Grandkids, Citizens Climate Lobby, the American Federation of Teachers – Guild 1931, the International Brotherhood of Electrical Workers – 569, and San Diego Coalition for Peace and Justice. It is an opportunity for San Diegans concerned about the climate crisis to join people around the world in calling for bold action.

As the organizers of the march put it:

On December 12, people will come together from all over San Diego County to call for bold climate solutions that create local jobs, strengthen community power and transition us to 100% clean energy by 2035. And we’ll call on world leaders to not cross climate red lines – including keeping 80% of fossil fuels in the ground, transitioning to renewable energy, and environmental justice. Demonstrations will take place around the world. If we are successful, these mobilizations could be a real turning point for the movement.

It’s time to show the world that true climate leadership means a brighter future for all.

Let’s march for those who weren’t able to in Paris and for those yet to be born on this world we all love.